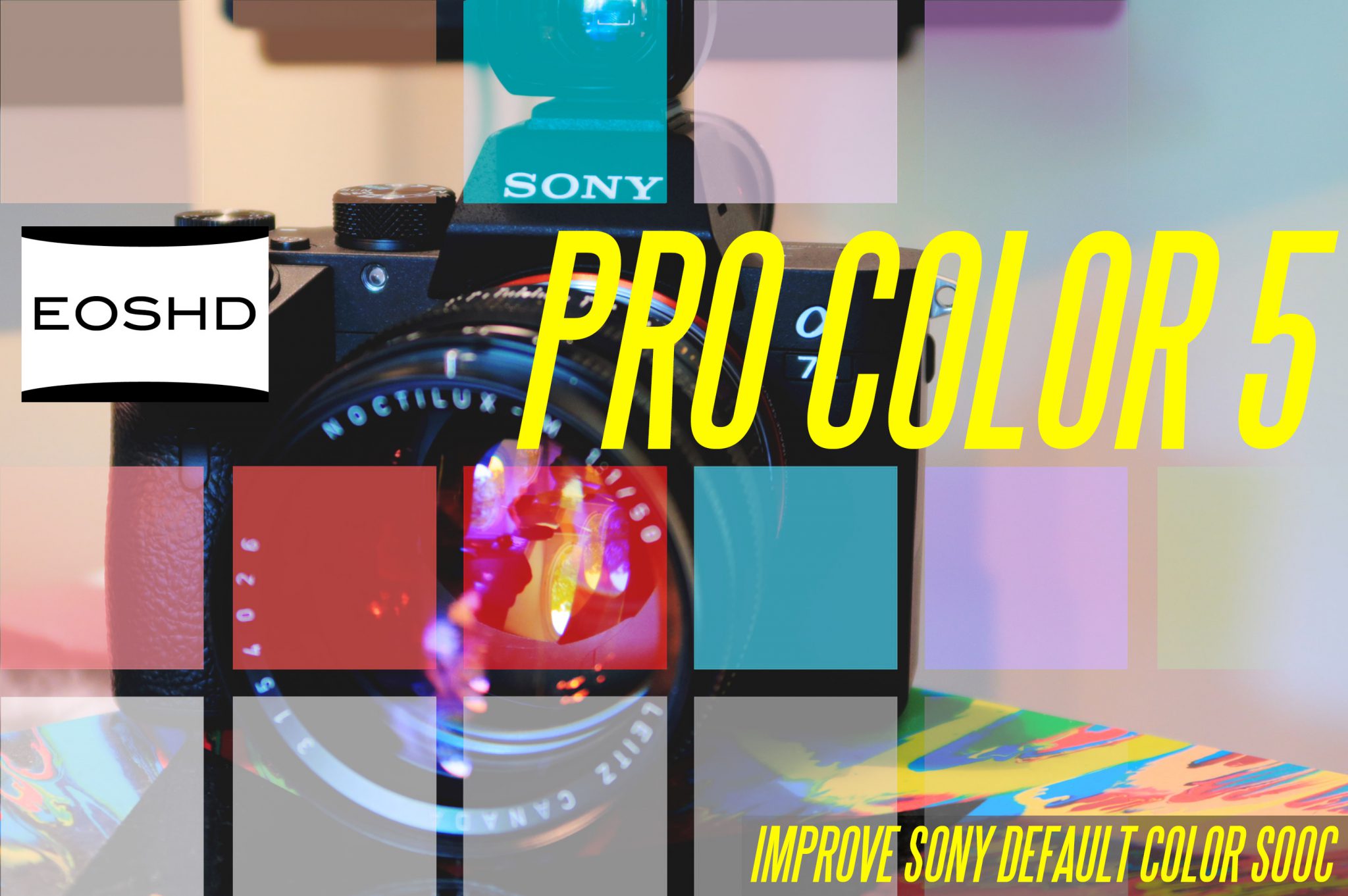 Pro Color 5 works on all Sony mirrorless cameras. There are no longer separate versions for different generations of camera. With version 5 you can use it on all cameras from the A7, A7S and A7R series, as well as for the first time the A9 and A1 series. The A6xx and RX cameras including the new A6100,A6400 and A6600 are also supported.

Comprehensively refreshed for 2021 using my latest improvements developed for over 2 years since version 4, Pro Color 5 has been fully tested and developed with Sony’s new 10bit codec and revamped colour science on the A7S III, with stunning results. Although Sony themselves have made some interesting improvements, EOSHD Pro Color 5 is able to bring even better results to the table and more choice beyond just S-Cinetone.

For the first time in the series, Pro Color 5 also now works with cameras even if they lack advanced Picture Profiles. Cameras like the Sony A9 and A9 II are supported via Creative Styles, customised white balance settings and other tweaks.

Pro Color is designed for filmmakers who shoot video in 8K, 4K or 1080p. However it can also be applied to in-camera JPEG stills.

5 years of color science improvements in one download for all camera models!

Essentially Pro Color is there to give really good results straight off the card. For those who do not want to shoot in S-LOG, or for those who want a quicker edit for a client, Pro Color will fix issues with the default Sony color profiles.

Originally Pro Color was made for the first Sony A7S and subsequent A7S II, which the commentary above is based on. The same principals remain in Pro Color 5, updated and tested with all the latest camera models. Sony has since made two generations of colour science first changing it with the A7R II and A6500, then with the A7S III and the new 10bit codec with new Creative Looks. Pro Color works mainly with the advanced Sony Picture Profiles and custom white balance settings to improve the look of your non-S-LOG footage.

Pro Color 5 gives you a choice of profiles designed by myself, Andrew Reid for my own filmmaking, and all of them build on the same basic fundamental improvements such as:

I have applied my eye as a filmmaker to the profiles, which have been extensively tested for 2 years since the previous EOSHD Pro Color version was released.

Since then Sony have released a lot of new cameras and each new model has been tested to confirm it works correctly with every single Pro Color 5 profile.

I have also implemented a range of more stylised looks, which don’t just fix issues with colour science but act like in-camera LUTs for cinematic results in both video mode and stills mode.